An Akron man has been charged with 22 criminal charges including possession and training of dogs for the purposes of animal fighting. In April and May 2022, Humane Society of Summit County Humane Agents and staff assisted with the rescue and care of six of the dogs. Subsequently Humane Society of Summit County Humane Agents assisted with the rescue of nine additional dogs and one rabbit from two residences.

Among other charges, the indictment states that the accused, Ronald Smith, 39 of Akron, "possessed items to train and prepare dogs for participation in dog fighting, including two treadmills designed for dogs; a caged rabbit placed in front of a treadmill; performance-enhancing and first-aid-related dog medication; numerous "break sticks" spattered with blood and bearing teeth marks and a walled pit spattered with blood." (U.S. Department of Justice)

Several of the dogs were brought to the Humane Society of Summit County upon rescue where they were given medical care for several weeks. They were underweight and had been kept in inhumane conditions, confined outdoors with locked collars and heavy metal chains. Despite their suffering, the dogs all had nice dispositions and welcomed rescuers. They were treated by veterinary staff for injuries and ultimately released to the U.S. Marshals Service.

Smith was arrested Tuesday, July 12. The charges being federal crimes, the case will be prosecuted by the U.S. Department of Justice.

The Humane Society of Summit County is endowed with the authority to investigate cases, seize animals, and prosecute offenders of animal welfare laws. If you know of animal abuse occuring, please make a report. Reporters are kept anonymous.

Your Support Helps the Most Vulnerable Animals

Bidding in the 22nd Annual Pawsibility Ball Auction is Open! 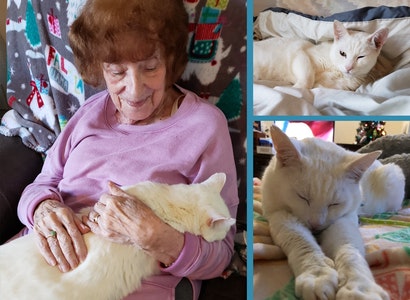