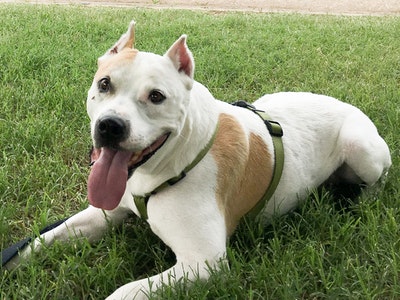 In early 2018, HSSC rescued a dog, a victim of neglect, who's condition was so severe that he almost didn't make it.

Bonzo, as he would be named at the shelter, had a horrific neck injury that had been caused by a tight collar that had irritated and cut through his skin. Our care team also discovered that Bonzo was fighting advanced heartworm disease, a dangerous infection that can lead to fatal health complications. It took Bonzo three months to recover. During the entire process, Bonzo was brave, playful, and inspiringly resilient.

Today, we are thrilled to report that Bonzo, now named Captain, is enjoying his happily-ever-after with his new adoptive family in Washington D.C.! The following is a snippet of a recent update:

"Captain has been amazing. He LOVES car rides. He gets so excited to go to new places, and it is so much fun to see him explore. We visited some of the monuments in D.C., and he was so well behaved! Captain has made a few dog friends in the neighborhood but usually ends up paying more attention to their owners. He especially likes the mail carrier - she always has cookies in her pocket. His absolute favorite past time is sitting on people. As soon as you sit on the couch, he will sit on you. Thank you for all that you do! He's going to be spoiled for the rest of his life!" 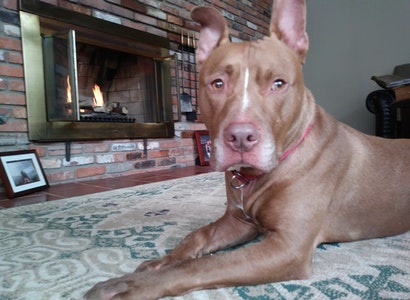 Paws for a Cause: Virtual Walk