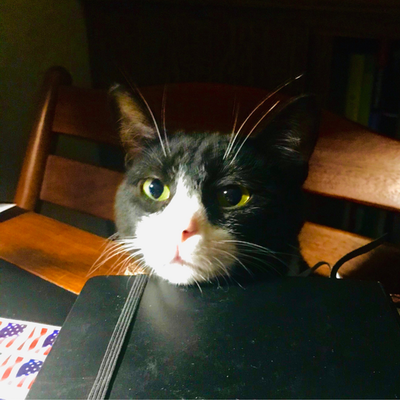 Rain, now known as Morgana, was surrendered to the Humane Society of Summit County along with 9 other felines, when his previous owner had become overwhelmed with their care. With a little TLC, Rain was ready for his forever home in no time!

Here's what his forever family had to say about him:

I ended up renaming him Morgana (Mona for short) as every time I called him that, he would meow - in fact he's turned out to be a very chatty cat! On the adoption page website, he was mentioned as being a very shy cat, his picture online showed him hiding in a soda box! While this was initially true, he's gotten very good at being a people person! Every morning, he follows me around the house as I do my morning routine and get ready for the day. I have long conversations with him as he's exceptionally chatty and is never afraid to speak whatever's on his mind. When I leave for work and school, he sits by the window and watches me leave. Whenever I come home from work, he watches me come in from the window before running to the door to give me an enthusiastic helping of meows to greet me. My friends and family have noted that he's become incredibly sociable. He's really grown out of his shell. He's not a fan of being held, but that seems to be changing! Today he came and willingly sat on my lap - something that he would not have done two months ago! We have long chats and he enjoys watching me do my homework and studying. He's not a fan of cooking - the sound of the stove or the sound of sizzling often causes him to meow, often in complaint. 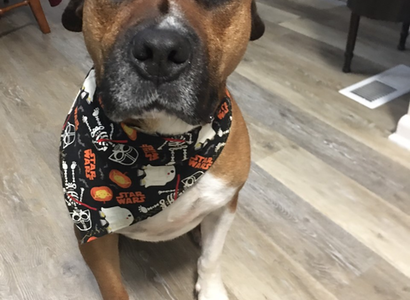