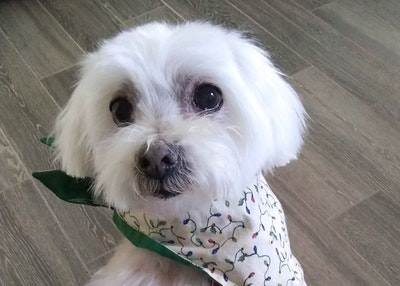 Snow’s life has been transformed since the day he was rescued by the Humane Society of Summit County. When we first met him earlier this year, Snow was suffering at the hands of a neglectful, abusive owner. Snow was living in a nightmare.

An extensive lack of basic grooming left Snow’s fur very severely matted, causing his eyes to be tangled shut. His body was covered in immensely painful wounds, scabs, and ulcers as his fur pulled tighter and tighter with time. The mats had trapped dangerous bacteria and caused infections in his eyes and skin. Snow’s nails had also been left to grow uncontrollably. Untrimmed for an extensive time, his nails had become tightly corkscrewed, making walking and standing painful.

Sadly, his condition would have been easily avoided with the most basic of care, attention, and love. Snow was the victim of neglect.

In our care, Snow was provided with the veterinary care and grooming he so desperately needed. His mats were carefully removed, his fur was shaved, and his nails were delicately trimmed. To heal his wounds and ease his pain, our veterinary team prescribed him steroids, antibiotics, pain relievers, and weekly medicated baths. With some time, Snow truly transformed.

During his rehabilitation, our Humane Officers sought justice for Snow and pursued criminal charges against Snow’s previous owner. Court proceedings concluded last month with the owner pleading no contest to one charge of animal cruelty and one charge of obstructing official business. A portion of the sentencing handed down by the judge restricts his abuser from owning or living with any companion animals for at least 5 years and mandates the completion of abuse prevention classes.

Today, we are happy to share that Snow has been adopted! His new loving family recently shared with us some sweet photos of Snow in his new home, and they brought tears of joy to our eyes. It is amazing to see how he has transformed into a handsome, happy dog. Now, he can truly enjoy his golden years snuggling on the laps of his caring owners in the comfort of a loving home.

Bidding in the 22nd Annual Pawsibility Ball Auction is Open! 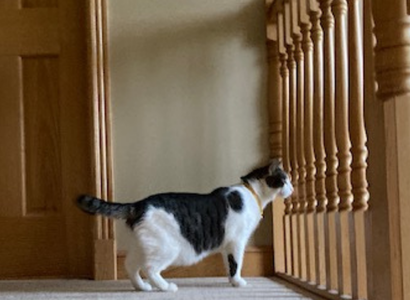