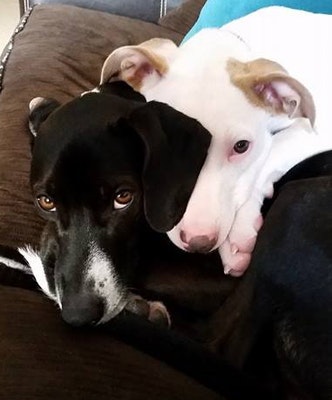 Little Henry, FKA Blaze, and six of his siblings were rescued by our Humane Officer at the beginning of November after they were found in shocking condition. Each of them, at the fragile age of two months, were severely malnourished and crawling with fleas.

Once safely at our shelter, the litter was thoroughly examined and given high calorie puppy food, which was scarfed down with excitement. The seven puppies were also treated for their fleas and given appropriate vaccinations to protect them from disease.

Within a few weeks, the puppies had transformed into healthy, happy, wiggly babes ready for their bright futures in adoptive homes!

Each of the seven puppies found their new home in no time - including Henry! His new parents recently sent us the following update about his new life:

Henry and his sister are are best friends! Henry is very happy and we love having him! 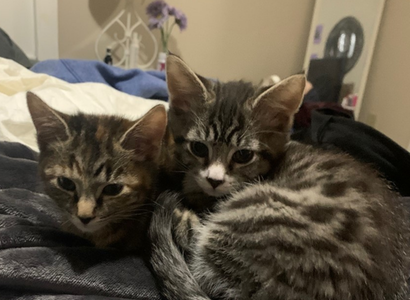